You are here: Home / foreign tax issues / Do You Owe the Section 965 Transition Tax? 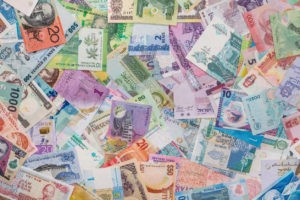 For either 2017 or 2018, many U.S. taxpayers with an interest in a foreign corporation owe(d) the § 965 transition tax. However, the new rule arrived so quickly before tax season that many taxpayers may have missed it.

In addition, certain aspects of the tax don’t quite line up with Congress’ stated intention for enacting the new rules. So, it would be understandable for practitioners to not realize, in the chaos of tax season, that § 965 tax applied to their clients—particularly their non-C-corporation clients.

Accordingly, this post exists to warn practitioners about the nature of the § 965 tax and provide some actionable insight on what to do about it.

In addition, it would be understandable if a taxpayer assumed that § 965 transition tax only applied to C corporations. The idea behind the transition tax, after all, was to tax pre-2018 earnings held inside foreign subsidiaries before C corporation parent companies transitioned to a new territorial tax system. However, § 965 applies to all U.S. shareholders, not just U.S. C corporations. And there’s no special “small taxpayer” exception to help the little businesses get around the complexity.

The one bit of good news in all of this? The Section 965 transition tax isn’t terribly expensive if you know how to calculate it correctly.

The tax is approximately either 15.5% or 8% of any foreign income previously untaxed by the US. (Compare that to 2017 top marginal tax rates of 35% or 39.6%). And taxpayers can often claim a foreign tax credit for foreign income taxes paid in prior years—if the tax preparer is careful and knows what they’re doing.

Furthermore, the Section 965 statute provides some special elections that taxpayers can make to delay paying the tax.

A Section 965(h) election, for example, lets a taxpayer pay the tax in eight payments over the next eight years.

What If You Flubbed This?

If your 2017 tax return should have included the Section 965 transition tax, you’re going to need to amend the tax return, calculate the tax, and then pay what you owe.

Omitting this tax from your tax return is a big deal. It’s like “omitting” the AMT tax, the self-employment tax, or the net investment income tax from a return.

But you have another serious issue if you bungled the Section 965 transition tax.

A caution: The penalties for filing late 5471 forms can be severe. You probably want an experienced tax accountant to help with this.

Concerned about IRS short-term rental audits? Hey, you're not crazy to worry if you own a vacation rental. Short-term rentals often shelter lots of … END_OF_DOCUMENT_TOKEN_TO_BE_REPLACED

Long ago, there was no tax code that differentiated ordinary income from passive income or ordinary losses from passive losses. Life was good for … END_OF_DOCUMENT_TOKEN_TO_BE_REPLACED