You are here: Home / foreign tax issues / Do You Have a Foreign Trust to Report to the IRS? 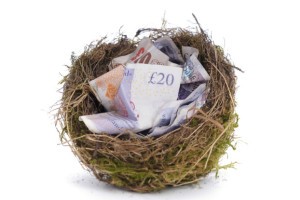 U.S. taxpayers get get tripped up more easily than they usually realize when it comes to interests in foreign investments or income from foreign sources.

For example, U.S. persons who are beneficiaries of, or grantors to, foreign trusts often need to file a Form 3520.

While this trust beneficiary or trust grantor status sounds esoteric at first glance, keep in mind that many pension plans are trusts. (Note that in the U.S., ERISA requires employee pension plans to hold the plan assets in a trust fund).

Therefore, if you used to live in a foreign country and had a pension plan from a previous employer from said country, you likely need to worry about foreign trust reporting issues.

You or your accountant need to file Form 3520 in three types of situations.

Situation 2: You experience a “reportable event” related to the foreign trust. This triggers a need to file Form 3520 for the year of the reportable event, on or before the due date of the U.S. person’s income tax return, including extensions [see IRC § 6048(a)]. Reportable events include:

Situation 3: You receive a distribution from the foreign trust [see IRC § 6048(c)]. This triggers a need to file Form 3520 the year of the distribution.

The grantor trust rules are in IRC §§ 671-679. Put simply, they state that if the grantor to a trust retains sufficient control of trust assets, then the income on those assets is taxed to the grantor rather than the trust.

This is in contrast to the general rule for trusts, which requires the trust to file its own tax return, Form 1041, with its own income and deductions each year.

So, a simple way to think of the rules is, if the foreign trust is a disregarded entity for U.S. income tax purposes, and thus creates U.S. income and U.S. deductions, you have to report it annually. Otherwise, you only have to report the trust when a significant event occurs.

Why’s this a Big Deal? What’s the Penalty?

If you fail to comply with the foreign trust reporting rules, the penalty generally equals 35% of the “gross reporting amount” [see IRC § 6677].

If a trust violates the annual reporting rules (Situation 1), the penalty is 5% instead of 35%.

In addition, for notices required to be filed after December 31st, 2009, there is a minimum penalty of $10,000 for failure to report.

If the IRS mails notices notice to a U.S. person that he/she is failing to comply with the rules and after 90 days the U.S. person still is noncompliant, then the IRS will issue an additional $10,000 penalty for each continuing 30-day period of noncompliance.

Is There Any Relief From These Penalties?

You should know that you may get some relief from these penalties if the failure to comply is due to “reasonable cause” and not “willful neglect,” as defined in the regulations (see IRC § 6677(d); Notice 97-34, §VII, 1997-1 C.B. 422). The literature never gives an example of what would be reasonable cause, but it does give some counter-examples of what isn’t reasonable cause.

Here’s Notice 97-34 on the reasonable cause rules:

So you don’t get to use Swiss bank secrecy laws as a “get out of jail free” card, nor can you get out of the rules simply by saying “gosh darn it, complying with the law is just too much work, so I’m not going to do it.”

Additionally, the IRS has stated on its website that if a taxpayer is delinquent in filing a 3520, but hasn’t under-reported their tax liability in any years and hasn’t been contacted before about an income tax examination or delinquent tax returns, then the IRS won’t assess a penalty. They really just want you to get the forms in once you know the law requires it.

I wrote a post a few weeks ago about all of the great benefits of Section 1202 Qualified Small Business Stock (QSBS).   But frankly? It would be … END_OF_DOCUMENT_TOKEN_TO_BE_REPLACED

You probably need to prepare for the holidays you and your family celebrate. Or maybe start work on some year-end accounting. Accordingly, I want … END_OF_DOCUMENT_TOKEN_TO_BE_REPLACED

So, I just read James Mattis’ new book, "Call Sign Chaos." And the former Secretary of Defense's story prompts a couple of thoughts, one short and one … END_OF_DOCUMENT_TOKEN_TO_BE_REPLACED