You are here: Home / business taxes / Section 199A Trade or Business Concept Deconstructed 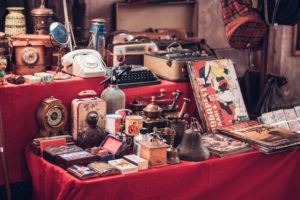 The new Section 199A deduction requires taxpayers to identify the individual trades or businesses they receive income from.

The reason for this identification? The 20% deduction you calculate looks at trades or businesses individually.

Example: You own two businesses: a pet food factory and a consulting firm. Probably in this case, you make two separate Section 199A calculations for the two separate businesses.

Why the Internal Revenue Service Even Cares

The IRS makes business owners “break down” operations into individual trades or businesses for two reasons.

First, specified service trades or businesses  (hereafter SSTBs) lose part or all of the Section 199A deduction if the owner’s taxable income gets high enough.

Second, all businesses potentially see their Section 199A deduction limited based on the business’s wages and depreciable property if the business owner’s taxable income rises high enough.

Note: For more information about how the SSTB or wages or depreciable property phase-out rules work, click here.

In any case, as a result of the way the formula works, businesses need to “break apart” their activities into individual trades or businesses.

Now This Bit of Bad News

And here’s the bad news about all this: The identification rules get complicated.

Some business owners might treat a pet food factory and consulting firm as a single trade or business. (This could be extremely costly but could occur as I’ll discuss below.)

Other business owners might appropriately break these activities into two or more separate businesses.

Fortunately, the recent final regulations (from January 2019) provide quite a bit of useful guidance.

For example, if some business includes a tiny slice of of specified services (such as consulting) inside some larger business, you ignore the tiny slice.

Example: A pet food factory generates $4.9 million of revenue manufacturing vegetarian organic pet food. The owner also provides about $100,000 of consulting to other similar businesses. In this case, consulting services get ignored. And the pet food factory business and the consultancy get treated simply as a pet food factory.

The regulations, predictably, specify what counts as de minimis, or “tiny”:

For trades or businesses with $25 million or less in sales, de minimis specified service trade or business activity means less than 10%. For example, a $25 million pet food manufacturing and consulting business that includes $2 million of consulting, simply counts as a pet food business.

Note: $2 million represents only 8% of the $25 million combined revenues.

A related point: If your non-SSTB business provides some consulting to customers when selling its products or other services, that doesn’t count as “specified services” consulting.

Example: A college kid works at the big box store selling high definition televisions. His name tag identifies him as a “sales consultant.” Theoretically, he (sort of) provides “consulting services” to customers. But that advice, as long as it’s not separately billed or purchased, doesn’t count as “specified service” consulting for purposes of Section 199A.

Example: A office equipment manufacturer sells giant photocopiers and printers to medium-sized businesses. Its sales representatives also consult with customers about reducing costs with automation. Again, however, as long as it’s not separately billed or purchased, that advice doesn’t count as consulting.

Another simplifying rule, unfortunately, blindsides the unwary: If a trade or business provides specified services (like consulting) over the de minimis limits, that taints the entire business as an SSTB.

Again, for trades or businesses with $25 million or less in sales, de minimis specified service trade or business activity means less than 10%. Therefore, a $25 million pet food manufacturing and consulting business that includes $3 million of consulting fails the de minimis test and as a result counts 100% as an SSTB “consulting” business. Ouch. That means no Section 199A deduction.

An important clarification: Failing the de minimis test taints the entire business because the business owner operates  different activities (like consulting and making dog food) together “inside” a single trade or business.

But that then begs the critical question, how does one separate the two activities into separate businesses to avoid the “taint.”

The official guidance provided by the Treasury and IRS doesn’t give many details. But that guidance shines a dim light.

A quick final warning to people with a creative flair: An SSTB cannot carve off a chunk of its operation, place that chunk into another entity (an entity purportedly operating a “different” trade or business), dress up some “separate books and financial records,” and then generate qualified business income in the process. This idea, which people call “crack and pack,” doesn’t work.

Example: The owners of a law firm buy an office building. The law firm then rents half the building for the law firm’s offices. That arrangement causes half of the rental income on the office building to get treated as a specified service.

Note: The above gambit was an early idea some tax nerds came up with to avoid the SSTB disqualification stuff. Predictably, the tax nerds at the Treasury and IRS easily foiled this maneuver

I wrote a post a few weeks ago about all of the great benefits of Section 1202 Qualified Small Business Stock (QSBS).   But frankly? It would be … END_OF_DOCUMENT_TOKEN_TO_BE_REPLACED

You probably need to prepare for the holidays you and your family celebrate. Or maybe start work on some year-end accounting. Accordingly, I want … END_OF_DOCUMENT_TOKEN_TO_BE_REPLACED

So, I just read James Mattis’ new book, "Call Sign Chaos." And the former Secretary of Defense's story prompts a couple of thoughts, one short and one … END_OF_DOCUMENT_TOKEN_TO_BE_REPLACED