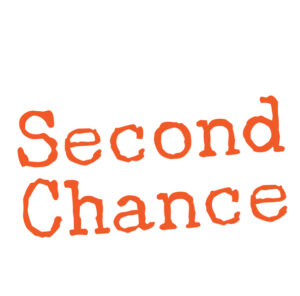 Very soon, maybe right after the holidays, some borrowers will be able to get a second PPP loan. So a second bite at the apple.

Accordingly, I want to provide small business owners who need that help with additional detailed information above and beyond what’s available in most news reports. Folks will want to move quickly to get in line for a second loan.

And, unfortunately, the PPP second draw loan rules are complicated and tricky…

Note: This blog post was originally published in August 2020 and then updated on December 21, 2020.

Who is Eligible for PPP Second Draw Loan

A first thing to know: Only a subset of PPP first round borrowers qualify for a second draw loan.

Second, a firm needs to not fall into a typically ineligible-for-an-SBA-loan category from the lengthy bulleted list that appears here. But this note: If your firm falls into one of the “typically ineligible” categories but the PPP laws or rules have already allowed you to get a first PPP loan, you may be eligible for a second draw loan.

And then a handful of other excluded firm categories exist, too:

This idea: If you have an attorney, accountant or banker you work with, get their help to determine if you qualify for a second draw loan. And maybe do that ASAP since probably this second wave of borrowing will burn through the remaining PPP money fast.

Note: To provide second draw loans, the SBA will use the leftover money from the original PPP loans and then an additional $150 billion. But that will go really fast, I’m betting.

Qualifying for a Second Draw Loan

A borrower that’s small enough and then not otherwise ineligible due to its operating activities or connections to China must meet another requirement. Its revenues must have dramatically declined.

Example 2. Martha’s friend, Abigail, started a preschool in the fall of 2019 based, frankly, on the success she saw Martha enjoying. The timing could not have been worst. The third quarter revenue was slow due to the start-up—roughly $25,000. The fourth quarter, enrollment exploded and she recorded $100,000 of gross receipts. In 2020, however, she recorded receipts of $80,000 for the first quarter and $60,000 for the second quarter. Abigail qualifies for a second draw loan based on the 40 percent reduction in revenues that shows up when comparing the second quarter of 2020 to the fourth quarter of 2019.

The statute leaves unanswered a key question: How a borrower does the accounting used to determine gross receipts.

A quick first guess might be that a borrower simply uses the same accounting method as it does for its tax returns. So, either tax accrual basis or tax cash basis accounting.

One other factor to consider, however, is the borrower-friendly way the SBA has arranged the PPP loan terms. Given that for purposes of determining forgivable payroll and nonpayroll costs the SBA allows a borrower to use both cash basis and accrual basis accounting, a borrower may find the SBA allows them to use any reasonable accounting method that shows the required reductions in gross receipts.

This technical detail, then, bears close monitoring by accountants, attorneys and bankers.

The default, most common second draw loan formula works nearly identical to most borrowers’ original PPP loans. That formula says a second draw loan equals either 2.5 times the average monthly payroll during the 1-year period before the date on which the loan is made. Or the 2.5 times the average monthly payroll during calendar year 2019.

The only real difference? The second draw loan formula limits the loan amount to no more than $2,000,000.

Example 4. Dolley operates a women clothing store and qualifies for a second draw loan based on the $10,000 a month of payroll costs she paid or incurred 2019. The second draw loan amount equals $25,000. That amount matches her original PPP loan amount, which also equaled $25,000 and was also calculated as 2.5 times the $10,000 average monthly payroll in 2019.

Note: The original PPP loan amount formula limited the loan amount to no more than $10,000,000. Note, however, that this $10,000,000 limit will be reduced as part of the Continuing Small Business Recovery and Paycheck Protection Program Act.

Example 5. James and Elizabeth own a wildly popular bar and restaurant in a seasonal tourist destination. They qualify as a seasonal employer and averaged $1,000,000 in monthly payroll costs over the 12-week period the seasonal employer second draw loan formula looks at. Their second draw loan amount however equals $1,000,000. Though 2.5 times $1,000,000 equals $2,500,000, the formula limits their loan to no more than $2,000,000.

The statute defines a new entity as an entity that did not exist in the 1-year period before February 15, 2020. And for these folks, the formula calculates the average monthly payroll costs for the months in 2020 the entity operated, multiplies that average monthly amount by 2.5 to get a tentative loan amount, and then again limits the loan to no more than $2,000,000.

The second draw loan rules limit aggregate borrowing by an entity and its affiliates in three ways.

First, the rules say that a borrower receiving multiple second draw loans because it operates multiple locations (like a restaurant chain or a motel operator) can receive no more than $2,000,000 in total.

Second, the rules say that borrowers who have received a PPP loan may not receive another SBA loan that pushes their aggregate borrowing over $10 million.

Third, the rules say that within any 90-day interval or time, a borrower and its affiliates may not receive more than $10,000,000 of guaranteed loans.

Probably a borrower won’t know whether the SBA will disclose borrowers receiving second-draw loans when applying. But borrowers and their professional advisors want to consider this wrinkle.

Publicly alerting competitors, employees, supplies and other stakeholders that a firm’s revenues have declined by 25 percent or more may cause significant damage in some situations. And the SBA’s current approach is to provide detailed information about all borrowers who take PPP loans.

As with first draw loans, at least 60 percent of the forgiveness must stem from spending on payroll costs.

Example 7. Stockly Donelson, the law firm mentioned in the preceding example, received a $50,000 original-version PPP loan and then a $50,000 PPP second draw loan. The firm may receive forgiveness for both loans. To receive full forgiveness, and assuming it will use the 24-week covered period, it needs to spend at least $60,000 on payroll and related costs and any remaining PPP loan money on mortgage interest, rent, utilities, operations expenditures, property damage costs, supplier costs, and worker protection expenditures.

Understandably, perhaps, the statutory language that creates the second draw loan also tweaks the lending process to level the playing field for small borrowers and lenders.

The new loan sets aside $25 billion in funding for entities employing 10 or fewer employees, for example.

The new PPP statutes change the tax accounting. Here’s a blog post at our CPA firm website that explains: How Taxes Work for PPP Loans.

If a borrower does get another PPP loan, probably it makes sense to look at this blog post: How You Should Have Done Your PPP Loan. In retrospect, many borrowers should have handled their original PPP loans differently.