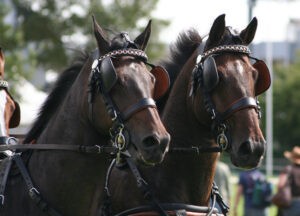 If you’re reading this, you already know, right? In many situations, the 199A regulations require adjustments to the qualified business income number that flows out of a business.

Which situations? Well, when some deduction you report on your individual tax return deduction in effect connects to a trade or business.

For the most part, this requirement makes sense. But in one case, the IRS got crazy. Specifically, the IRS says S corporation shareholders subtract self-employed health insurance premiums twice in order to determine qualified business income.

This particular adjustment makes no sense to the typical small business owner. Some folks even talk privately about ignoring the instruction.

Accordingly, in this blog post, I dig into the details of this goofy instruction for S corporation shareholders. And then I talk about the argument for ignorance.

But let’s start with the bookkeeping the IRS wants.

A Quick Example of the Nonsense

Say an S corporation earns $100,000 before paying any shareholder wages. Further, say after careful consideration and a bit of research, the S corporation decides to pay its shareholder-employee wages equal to $60,000.

In this case, that leftover $40,000 counts as Section 199A qualified business income. The shareholder-employee probably gets an $8,000 Section 199A.

Note: The Section 199A deduction typically equals 20 percent of the amount shown on the S corporation’s K-1.

But you may need to adjust the qualified business income, as noted. And here’s the rub with an S corporation.

And then the other shoe drops.

The 8995 form instructions say the shareholder-employee also needs to subtract the $20,000 of health insurance. Again.

In a case like the one described here? That second reduction shrinks the qualified business income from $20,000 to $0. That shrinkage zeroes out the Section 199A deduction.

What Our CPA Firm Will Do

Just for the record, our firm will follow the 8995 instructions.

Partly, this policy stems from the modest impact of the nonsense prescribed by the IRS.

I used $20,000 in the example just described as the total health insurance amount.

But with a more typical $10,000 self-employed health insurance deduction, for example, the IRS bookkeeping method costs taxpayers $400 to $700 of lost tax savings.

That amount crosses the “okay this is irritating” threshold.

But not the “I don’t care about getting into an argument with the IRS” threshold.

However, I think some business owners and tax accountants probably will ignore the IRS’s 8995 instructions. And in my opinion, their position isn’t frivolous.

But to understand why, it helps to look first at when the IRS approach makes total sense.

Why the IRS Wants this Bookkeeping Approach

As noted earlier, the 199A regulations require adjustments to the qualified business income number that flows out of a business (like a sole proprietorship) when some deduction you report on your individual tax return deduction effectively connects to a trade or business

The final regulations detail the actual rules for determining when some item is effectively connected. And those rules say this:

By the way, you may want to read the paragraph twice. Once in its entirety. Once reading just the boldfaced language.

But the gist of this?  To get a business’s qualified business income, we adjust the business’s income for “business-y” expenses that don’t appear on the actual business tax return.

Logically, these expenses are “effectively connected” to the business. And so the taxpayer should tweak their qualified business income for these deductions.

A relevant sidebar? These sorts of expenses, in comparison, do appear on a corporation’s tax return.

But it’s hard to see why this bookkeeping makes sense for S corporations. And for two reasons which form the basis for ignoring the IRS 8995 instructions.

A first, common-sense reason to ignore.

Unfortunately, while this reason maybe makes perfect sense to you and me, it makes no sense to the IRS’s tax attorneys. Apparently.

Note: The above reasoning might, I will guess, resonant with an IRS auditor, her or his manager or an IRS Appeals officer. But that’s not really relevant…

Remember from the earlier paragraphs that the regulations require adjustments to qualified business income when a deduction is effectively connected to a trade or business. And the “effective” connection per the regulations occurs when

for purposes of section 199A, deductions such as the self-employed health insurance deduction under section 162(l) are considered attributable to a trade or business to the extent that the individual’s gross income from the trade or business is taken into account in calculating the allowable deduction

You probably see I’m just copying the boldfaced language from the regulations I showed earlier.

Now clearly, the above language applies for sole proprietors and partnerships.

But look at the rule for the self-employed health insurance deduction for S corporations which I copied from IRS Notice 2008-1. For an S corporation shareholder-employee, the rule says

The deduction is not allowed to the extent that the amount of the deduction exceeds the earned income (within the meaning of section 401(c)(2)) derived by the taxpayer from the trade or business….

Slightly restated, for S corporations, the self-employed health insurance deduction doesn’t look at the extent that an individual’s gross income from the trade or business is taken into account.

Rather, the deduction limits the deduction to the taxpayer’s earned income from the business. (Most specifically, what shows up in Box 5 of the shareholder-employee’s W-2 as “Wages subject to Medicare taxes.”)

Mash up the instructions from IRS Notice 2008-1 with the regulations’ language—all the while paying attention to the adjectives “gross” and “earned,” and voila, the language seems to say sole proprietorships and partnerships adjust. But that S corporations don’t.

So, to wrap this up? If you’re going to argue the IRS instructions make no sense, you essentially make two arguments.

First, you argue the S corporation already has subtracted health insurance from the qualified business income by using the bookkeeping method prescribed in IRS Notice 2008-1.

Second, you argue the only detailed guidance says you adjust for self-employed health insurance in situations like those a sole proprietorship or partnership faces where the deduction depends on the gross income of the business.

And my final remark about all this? I understand the arguments for ignoring the IRS 8995 instructions.  I really do.

But in our practice? For a few hundred dollars of lost savings? Yeah, we’re just going to follow the IRS form instructions.

Concerned about IRS short-term rental audits? Hey, you're not crazy to worry if you own a vacation rental. Short-term rentals often shelter lots of … END_OF_DOCUMENT_TOKEN_TO_BE_REPLACED

Long ago, there was no tax code that differentiated ordinary income from passive income or ordinary losses from passive losses. Life was good for … END_OF_DOCUMENT_TOKEN_TO_BE_REPLACED