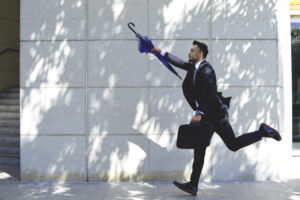 A week or two from now, you may get a chance to get a PPP loan amount increase.

We just need Congress to pass and the President to sign the Continuing Small Business Recovery and Paycheck Protection Program Act (which is part of the Consolidated Appropriations Act, 2021.)

A few days after the bill becomes law, you may be able to get additional PPP money if your original loan amount was less than you were entitled to. This blog post talks about this possibility… and how to make sure you don’t inadvertently miss the bus.

A quick clarification, however. I’m not talking here about a second draw loan that some small businesses get.

We talk about second draw PPP loans in another blog post: PPP Second Draw Loans. Read that if your small business has been especially hard hit.

What we’re talking about here are increases in your PPP loan amount. For example, say you borrowed $20,000. But also say you should have been able to borrow $30,000. In a situation like this, you may be able to get a $10,000 increase.

How common are these shortfalls? Pretty common, I think.

With many of the earliest PPP loans, borrowers received the wrong loan amount. In a number of these cases, banks inadvertently shortchanged borrowers—often due to misunderstanding SBA rules. Probably most of the time, borrowers rushing to apply missed some payroll costs. Finally, in a handful of cases, the SBA rules simply changed as the process unfolded.

The Continuing Small Business Recovery and Paycheck Protection Program Act partially addresses these problems by saying that a borrower may return to its lender for an increase in the PPP loan amount if the increase stems from changes to the interim final rules.

Section 312 of the new law creates this opportunity. Here’s the exact language, which probably only accountants, attorneys and banks care about:

The tricky part of all this? Identifying where the rules may have changed. Accountants, attorneys and bankers will want to see how the SBA responds to this new feature of the PPP. But here’s a partial list of rule changes that may allow a PPP borrower to return to a lender with a request for more money.

Some of first PPP loan applications didn’t include partner self-employment income as a payroll cost. Both borrowers and bankers easily made that mistake to due to a lack of clarity in the actual statute.

To deal with this confusion, thankfully, the SBA rather quickly clarified that partners in partnership could get a PPP loan based on their payroll costs in its interim final rule providing additional eligibility criteria.

Most partnerships hopefully already know about this rule change. In early May, the SBA flagged the issue and gave a green light to banks and partnerships to apply for and process an increase in the PPP loan amount.

The first interim final rule said that a borrower can’t count 1099 contractors as employees. That same rule pointed out these folks should get their own PPP loans based on their own Schedule C self-employment earnings.

In an interim final rule on eligible payroll costs published on June 16, 2020, however, the SBA updated this rule and said that fishing boat operators who pay crew members as 1099 contractors can count that as payroll cost. This rule means that these PPP borrowers if they did their PPP loan amount calculations incorrectly should be able to get an additional amount from their PPP borrower.

Group Insurance Other than Health Insurance

Section 105 of the new law would add group insurance to the payroll costs that count for both PPP loan amounts and forgiveness. So, in addition to group health insurance, benefits such as group life insurance and group disability insurance should count.

One final additional payroll cost to mention that appears in the new Act. For farmers and ranchers reporting their business profits on a Schedule F (or any equivalent successor schedule), the payroll cost formula uses the gross income as the farmer’s or rancher’s “owner compensation replacement” payroll.

Compare this situation to that of a farmer or rancher.

You see how big the difference is… and why for a farmer or rancher, a PPP loan amount increase opportunity needs to be monitored. Closely.

PPP Loan Amount Increases Due to Other Errors

One final tantalizing possibility to mention.

The SBA may issue a rule that says if you bungled your original payroll costs number—the number that determined your PPP loan amount—that you can fix that.

The law doesn’t say you get to do that. Or at least not to me. But the SBA has shown a lot of grace to small businesses in their rule-making. And I would not be surprised if they let people who goofed fix their error.

If you think you might be eligible for a PPP loan amount increase? Here’s what I think you do.

First, figure out what the increase amount should be. That’s step one.

Second, talk to your bank. See if they can give you any sense of how quickly they’ll response once Congress passes and the President signs the new PPP legislation.

Third, finally, watch the Small Business Administration’s website for any rules that explain how you request an increase in the loan amount.

Here are some additional resources you might find useful:

Ideas for planning for a post-pandemic economy
Tax accounting for sole proprietors and partnerships
How you should have handled your PPP loan (in case you get a second chance at this!…)

Concerned about IRS short-term rental audits? Hey, you're not crazy to worry if you own a vacation rental. Short-term rentals often shelter lots of … END_OF_DOCUMENT_TOKEN_TO_BE_REPLACED

Long ago, there was no tax code that differentiated ordinary income from passive income or ordinary losses from passive losses. Life was good for … END_OF_DOCUMENT_TOKEN_TO_BE_REPLACED