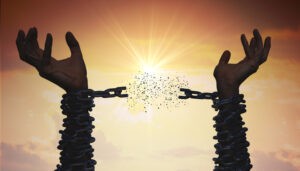 Hopefully, most firms will only lose a bit. Some will lose a lot. Unfortunately, a few may lose out completely.

Let me therefore point out the risk areas you need to stay alert to. Hopefully the fog surrounding PPP forgiveness clears up.

One note as we start: I wrote the original version of this article before the Small Business Administration published the Interim Final Rule on PPP loan forgiveness on May 22. I have updated the article for this guidance. But reader comments and my responses aren’t updated.

So first, just to bring everyone up to speed, a quick refresher.

If your small business was slammed by the Covid 19 crisis, you theoretically could obtain a “paycheck protection program” loan—a PPP loan—equal to 2.5 times your monthly payroll.

Payroll by the way included not just wages but employee benefits, state payroll taxes, and the business owner “compensation replacement.”

And the other part of this: If you spend the loan proceeds on payroll, rent, interest and utilities over the eight weeks that followed you receiving the loan? Bingo. The Small Business Administration forgives the loan. Free money, in other words. Maybe…

But some gotchas exist. And these gotchas may limit or eliminate forgiveness.

The PPP loan forgiveness formula makes a small business eligible for total forgiveness. You just need to spend the loan proceeds on payroll costs, interest, rent and utilities over the eight weeks that follow you receiving the money.

However, the Section 1106 statute makes two adjustments to the initial “eligible for forgiveness” amount.

The first adjustment appears in Section 1106(d)(2)(A). It says that if you reduce the headcount of full-time equivalent employees, that percentage reduction reduces the initial “eligible for forgiveness” amount.

But say that you terminate a couple of full-time employees. Those terminations drop your full-time equivalent employees count from 10 to 8 workers.

Dropping from 10 employees to 8 employees represents a 20% cut in headcount.

That would reduce the initial “eligible for forgiveness” loan amount by 20%.

For example, say your firm had spent a total of $100,000 on payroll, interest, rent and utilities. But say you had reduced your headcount by 20 percent. In this scenario  the “adjusted for headcount reduction” loan amount drops by 20 percent to $80,000.

One other thing to note: The headcount adjustment lets a business choose which period of employment it looks back at to calculate a reduction in workers. A firm can compare its current employment to employment from February 15, 2019 through June 30, 2019 or to employment from January 1, 2020 through February 29, 2020.

The PPP loan forgiveness formula includes another adjustment, too, from Section 1106(d)(3)(A).

Note that the formula ignores pay rate reductions for employees who earned more than $100,000 (on an annualized basis) in 2019.

But for everyone else, a pay rate reduction in excess of 25% further reduces the amount actually available for forgiveness.

Suppose a firm reduces the pay rate for one employee from $8,000 to $2,000. Perhaps this employee earns a sales commission, for example. And the bad economy just destroys sales for a few months.

That $4,000 further reduces the loan forgiveness.

And then a pay rate reduction like that described in these paragraphs would decrease the loan forgiveness amount by another $4,000 to $76,000.

The Section 1106 statute includes a couple of mulligans.

The first mulligan? Per the statute and a forthcoming interim final rule, if a firm either rehires or attempts to rehire employees it laid off sometime after February 15, 2020 and before April 27, 2020, it avoids a reduction in the initial “eligible for forgiveness” amount due to an earlier reduction in your headcount.

To avoid the reduction in forgiveness by rehiring, a firm needs to rehire the employee by June 30.

To avoid the reduction in forgiveness by attempting to rehire, a firm needs to make “a good faith, written offer” to rehire the same employee by June 30 at the same pay rate and for the same number of hours and then document the employee’s rejection.

For example, say a firm averages $40,000 a month in payroll during 2019. As a result, it receives a $100,000 loan. Assume, however, that the firm laid off its entire workforce before receiving the PPP loan and can’t rehire them until June 30.

Because the firm rehires employees by June 30, it avoids the headcount reduction adjustment. But without employees on the payroll during April, May and June, it lacks payroll costs to plug into the initial “eligible for forgiveness” amount.

The statute includes another similar mulligan for pay rate cuts.

If a firm reverses a reduction in salaries or wages by June 30, that reversal eliminates the requirement to reduce the initial “eligible for forgiveness” loan amount for pay rate cuts in April, May and June.

Again, though, note that the pay rate cuts themselves should reduce the payroll costs that plug into the formula.

For example, suppose a firm with ten employees making $1,000 a week cuts people’s wages to $500 a week. If the employer reverses the wage cuts by June 30, the wage cut adjustment doesn’t need to be calculated. The firm doesn’t need to calculate that a $500 per worker reduction is $250 more than a 25% decrease, for example. And then it doesn’t need to tally up these excess wage reductions and subtract the total from the initial “eligible for forgiveness” amount.

But the 50 percent cut in wages means the firm pays 50 percent less payroll.

Tax accountants will tell you that taxpayers often lose audits only because they lack good documentation.

Something similar, surely, will happen with the PPP loans. The statute requires a borrower to provide rich, detailed, high quality documentation. Here’s the actual list from the law:

I added the boldfacing to that last little bit.

But mark my words, many small business owners won’t be able to provide this detail. And in that case? The statute says they lose forgiveness. To quote the actual text of the law,  “no recipient shall receive forgiveness without submitting the documentation required.”

One other thing to consider about documentation, too. The Section 1102 statute–the main law that creates the paycheck protection program–requires you to use the PPP funds for the approved purposes. Very possibly some small businesses will spend enough money on the appropriate expenses (payroll, rent, interest and utilities). But then lack the ability to prove the PPP loan funds provided the money that got spent.

I would worry about a situation, for example, where a borrower deposits the PPP loan funds into a savings account–and then spends money from a checking account on payroll, rent, interest and utilities.

Note: I have another blog post that talks about how to not goof up the bookkeeping: PPP Loan Accounting Tips.

The statutes passed by Congress say you can receive forgiveness if you spend the money on payroll, rent, interest and utilities.

The Treasury and the Small Business Administration refined this however and say in the Interim Final Rule that non-payroll costs can’t represent more than 25% of the loan forgiveness amount.

You received a $100,000 loan. Due to state mandated closures, you could only spend $60,000 on payroll during the eight weeks the PPP loan forgiveness formula considers.

You also spent $40,000 on rent, interest and utilities. You might think you’re okay in this situation.

But you won’t get forgiveness for the entire $100,000. Even though your spending all counts as valid use of the PPP loan funds.

One other wrinkle to mention: Congress is working on an updated version of the Paycheck Protection Program which allows borrowers to spend more than 25% of the PPP loan on non-payroll-costs.

A comment about how I think you process this “losing forgiveness” risk:  You maybe want to unbundle the PPP loan thing from the forgiveness formula thing.

Think about the loan as a loan, pure and simple. And if you need a loan, the PPP loan works great. Well, except for the goat rodeo element to applying. But other than that, the PPP loan may provide inexpensive flexible financing that helps you get through an almost unimaginably rough patch.

The forgiveness thing? Consider that icing on the cake. If you get some or a bunch of forgiveness? Great. Count yourself fortunate. But don’t bank on forgiveness.

Ready for a Break from the Covid 19 Topic?

Let me point you to a couple of lighter, uplifting blog posts…

In Lifetime Earnings of the Top One Percent, I explain why I think you’re doing way, way better than you imagine.