You are here: Home / personal finance / Defending “Millionaire Next Door” Theory: What Stanley’s Critics Got Wrong

Note: Stanley died in 2015, killed by a drunk driver. His daughter, Sarah Stanley Fallow wrote the newest “Millionaire Next Door” book, in part by adapting blog posts and other writings from her dad and in part to share new research.

The new book caused me to re-read a couple of the old books in the series. And then that reading caused me to look again at the criticism some leveled at Stanley and the book series.

At about that point I figured I could, and should, do a defense of Stanley. Because for the most part, the old criticisms no longer withstand close scrutiny.

The Original Millionaire Next Door

The original Millionaire Next Door book broke new ground by presenting and discussing research that surprised nearly everyone.

Stanley and Danko, for example, pointed out that most millionaires don’t drive luxury cars or own big houses. Rather, they drive middle-class American-made cars and trucks. And they live in middle-class neighborhoods. Hence, the first book’s title, “The Millionaire Next Door.”

Another surprise? The largest category of millionaires own and operate small businesses.

A good way to summarize these insights? People who show discipline in their spending and who earn a good income grow wealthy over time.

Finally, high status occupations like being a physician or attorney may sabotage wealth building because they push people to engage in high consumption.

Lots of people—me included—loved Stanley’s books. And the successor books (including “The Millionaire Mind” and “Stop Acting Rich”) amplified the original book’s messages.

However, critics leveled at least three serious criticisms against the authors and the books.

The criticisms don’t neatly fit together. They amount to a shotgun blast. But the remaining paragraphs of this blog step through the criticisms one by one.

Note: I have consciously chosen not to link to critics’ blog posts or other online resources. My reasoning here? You and I have no way of knowing whether old criticisms we find represent a critic’s current thinking. Critics may have updated their thinking for studies like those I reference here. If you do want to find these criticisms, however, you can easily Google or Bing on a phrase like “Millionaire Next Door survivorship bias.”

The most serious criticism? That the books’ conclusions reflect survivorship bias.

You maybe know this already, but survivorship bias describes errors like looking at the winners to determine your chance of winning. For example, you or I looking at Powerball Lottery winners to “size up” the chances we might have of winning a lottery.

Clearly that doesn’t work. Nearly everyone who plays the Powerball Lottery, for example, loses.

The concern with Stanley’s work and books: is something similar going on?

For example, maybe self-employed folks and entrepreneurs do represent the largest category of millionaires.

You see the critics’ point.

Fortunately, since the first “Millionaire Next Door” book, researchers have looked at what longitudinal surveys say about self-employment and entrepreneurship.

For example, in a paper entitled Self-employment, Entrepreneurship and the NLSY79, economics professor Robert Fairlie looked closely at data from the Bureau of Labor Statistics’ 1979 cohort of National Longitudinal Survey of Youth (NLSY79). Fairle wanted to see how self-employment affects someone’s income over the long run.

Another longer research paper based on the 1979 and 1997 cohorts of the same longitudinal survey delivers complementary findings.

In A Longitudinal Analysis of Early Self-employment in the NLSYs, Abe, Betesh and Datta estimate that as compared to traditional employment, each additional year of self-employment increases a family’s annual income by around $780 a year and its wealth by around $11,700 .

Note: We’ve blogged before about what IRS data says about millionaires. That data nicely meshes with Stanley’s research: Smart Wealth Strategies of the Top One Percent.

A second criticism half connected to the survivorship basis issue. Critics pointed to the well-known 50% business failure rate statistic.

The relevant Bureau of Labor Statistics data appears here. And the usual way the failure rate gets described is, 50% of new businesses fail within 5 years.

In terms of the “Millionaire Next Door,” the business failure rate criticism says surely self-employment and entrepreneurship can’t work as a strategy when half the businesses started fail… Yikes!

But probably a good answer exists for this good question: The economy doesn’t limit an entrepreneur to a single startup.

Accordingly, if someone makes several attempts, the odds that the entrepreneur ends up with a success grows exponentially.

Someone who makes three attempts, each with a 50% chance of failure, for example, sees only a 12.5% chance of overall failure:

Another way to frame this reality: The entrepreneur’s pursuit of a success roughly resembles that of a worker interviewing for jobs.

Think about this for a minute: Say a worker’s chance of an interview turning into a job equals 50%. Does this mean the worker’s prospect of getting a new job equals 50%?

Hopefully not. Hopefully someone who wants a new job continues his or her search if he or she fails to convert the first interview into a job.

In summary, then, one can’t simplistically derive entrepreneur success rates from the failure rates for individual ventures.

Note: If you sometimes ponder starting a business but then stop yourself, thinking “oh my gosh of course the risks are way too high,” you might find this post interesting: Odds of Succeeding in Small Business.

In other words, maybe self-employment and entrepreneurship work great for people—but most people don’t actually get the opportunity.

This anxiety sometimes also connected to concerns about growing income and wealth inequality.

One critic, around the time of the 2012 presidential election, pointed to Mitt Romney’s private equity success as a prime example.

Quite honestly? I worried this charge would hold up. It makes intuitive sense.

Rebuttal of the Social Privilege Criticism

But both longitudinal survey studies mentioned earlier looked at this issue too. And both say the entrepreneur’s wealth prior to his or her business doesn’t matter very much at all.

The Abe, Betesh, and Datta research, for example, says this:

The estimation results show that the effects of financial resources are positive and significant, but the effect is so small that an increase in $1,000 or even $100,000 does not make any consequential difference, controlling for other factors, in the probability of being self-employed.

That’s interesting. And it should be comforting.

But maybe one shouldn’t actually be surprised by this. The wealthy often aren’t in the process of becoming more wealthy but rather less wealthy—something we’ve discussed at this blog before when pointing to longitudinal studies of high income individuals (see, for example, Financial Planning for the Top One Percent. and The Rich Get Poorer: the Myth of Dynastic Wealth.)

Like the other criticisms, then, this criticism also fails to withstand closer scrutiny. Though to be fair, let me mention that some earlier research says access to capital matters. For example, economics professors David Blanchflower and Andrew Oswald in their paper What Makes an Entrepreneur? present data from the United Kingdom. That data show modest gifts and inheritances from family (so a few thousand pounds) boost the chance someone becomes self-employed.

I want to end this blog post with a conciliatory remark concerning the critics of the Millionaire Next Door and then a caution based on something disturbing that shows up in the longitudinal surveys.

Accordingly, I think we need to be civil here. No need for rock throwing. The critics moved the discussion forward by raising these issues. Their criticisms may have lead to the research that refuted their criticisms and solidified Stanley’s, Danko’s and Fallow’s ideas.

This blog post doesn’t cover political topics—other outlets exist for having those discussions. However, let me say that in our CPA firm we have the honor and privilege of working with a diverse group of successful small businesses and their owners. And we can report, happily, that anyone can enjoy entrepreneurial success. Furthermore, let’s all remember (as citizens and consumers) that self-employment and entrepreneurship helps us all out by providing products and services we want and by providing employment to our neighbors and family.

You may want to subscribe to our newsletter to make sure you don’t miss that. 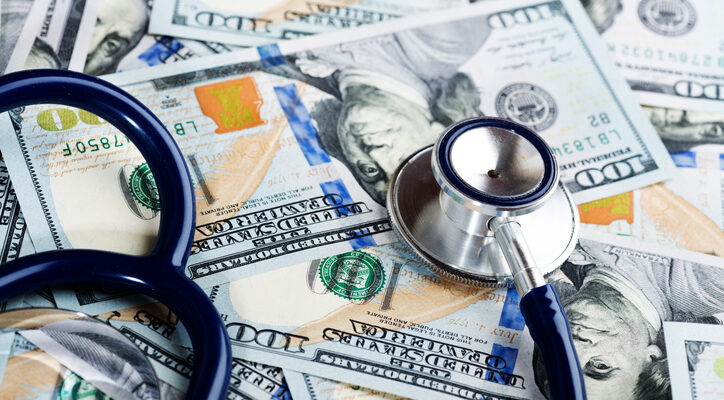 This week, I talk about physician 199A deductions. More specifically, I talk about how many physicians who own part or all of their medical … END_OF_DOCUMENT_TOKEN_TO_BE_REPLACED 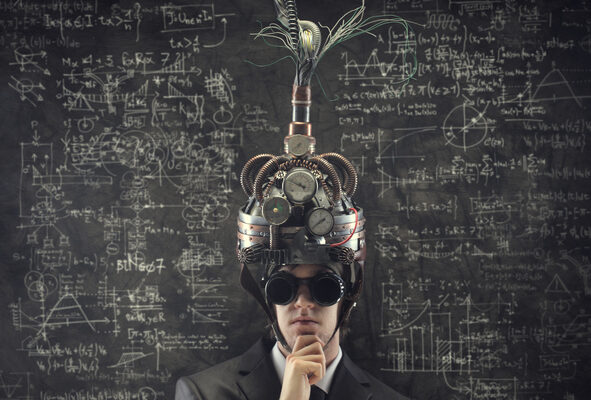 Tax credits provide a popular way to pay less tax. A dollar of tax credit, for example, saves a dollar of tax. And one popular tax credit? The … END_OF_DOCUMENT_TOKEN_TO_BE_REPLACED 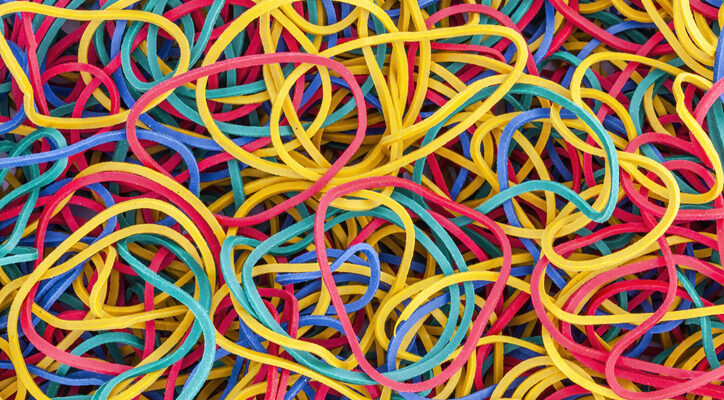