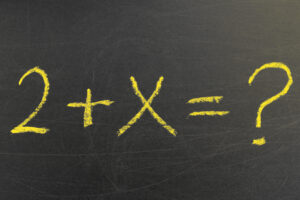 Probably the biggest changes? The new laws that say most borrowers won’t need to include a stack of documentation with their forgiveness application. And, oh yeah, the new “second draw loan” program discussed here, “PPP Second Draw Loans.”

But PPP borrowers want to look closely at one other change buried in the new law: the ability to increase their PPP loan amounts after the fact. And that’s the subject of this short blog post..

The chunk of law that creates this opportunity shows up as Section 108. Here’s the exact language, which probably only accountants, attorneys and banks care about:

That chunk of legalese seems garbled and more than a little confusing. But here’s how Senator Rubio summarizes this section in a write-up at his Senate website:

This section allows borrowers whose loan calculations have increased due to changes in interim final rules to work with lenders to alter their loan value regardless of whether the loan has been fully disbursed or if Form 1502 has already been submitted.

The tricky part of all this? Identifying where the rules may have changed. I think we’ll need to wait to see how the SBA responds to this. But here’s a starting partial list of rule changes that may allow a PPP borrower to return to a lender with a request for more money.

A first update to mention. Or maybe clarification is a better label. Some of first PPP loan applications didn’t include partner self-employment income as a payroll cost. Both borrowers and bankers easily made that mistake to due to a lack of clarity in the actual statute.

To deal with this confusion, thankfully, the SBA rather quickly clarified that partners in partnership could get a PPP loan based on their payroll costs in its interim final rule providing additional eligibility criteria.

Note: Most partnerships hopefully already know about this rule change. In early May, the SBA flagged the issue and gave a green light to banks and partnerships to apply for and process an increase in the PPP loan amount (See here: interim final rule on loan increases.) But if you’re possibly in this camp? Probably smart to double-check…

The first interim final rule said that a borrower can’t count 1099 contractors as employees. That same rule pointed out these folks should get their own PPP loans based on their own Schedule C self-employment earnings.

In an interim final rule on eligible payroll costs published on June 16, 2020, however, the SBA updated this rule and said that fishing boat operators who pay crew members as 1099 contractors can count that as payroll cost.

This rule means that these PPP borrowers if they did their PPP loan amount calculations incorrectly should be able to get an additional amount from their PPP borrower.

The new “Continuing Small Business Recovery and Paycheck Protection Program Act” should create additional payroll cost for some small businesses. Section 105 of the new law adds group insurance to the payroll costs that “count” for both PPP loan amounts and forgiveness.

So, in addition to group health insurance, benefits such as group life insurance and group disability insurance should count.

One final additional payroll cost to mention that appears in the new Act. For farmers and ranchers reporting their business profits on a Schedule F (or any equivalent successor schedule), the payroll cost formula uses the gross income as the farmer’s or rancher’s “owner compensation replacement” payroll.

Section 109 of the new law makes this tweak to the PPP, just so you know.

A handful of quick comments to close.

First, assuming the “Continuing Small Business Recovery and Paycheck Protection Program Act” does pass, PPP borrowers looking for a loan increase will want to carefully read the guidance on loan increases. And quickly. The thing to look for? Additional guidance or clarity on mistakes a borrower may have made in the PPP loan amount calculations.

The statute, as a reminder, says a borrower should be able to get a PPP loan amount increase due to an updated or new rule. What the SBA may do—they have a history of being pretty borrower-friendly—is allow borrowers to also fix past errors in their calculations. For example, a borrower who forgot to include some element of payroll costs like group health insurance or state and local payroll taxes.

A second comment, too. Some borrowers surely calculated a loan amount that was too large. Maybe the right number should have been $80,000 for example. But the borrower innocently but erroneously calculated a $100,000 loan. Perhaps by counting 1099 contractors as employees—something that is almost always wrong. Something like that.

This is just one accountant’s opinion… but if you’re in this situation, don’t apply for more money.

Third if you’re an accountant or attorney or banker and you think I’ve missed something in the preceding list? Be sure to point out my omission. Sure, I’ll be a little embarrassed. But the main thing is, your correction will help some small business owner!

How You Should Have Done Your PPP Loan

And a free download to mention… it’s not much in the grand scheme of this pandemic, but we do now give away downloadable copies of our LLC formation kits. Just to throw that in here…