You are here: Home / management / What’s Wrong with the Economy 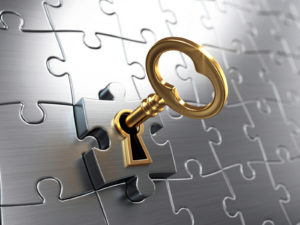 Have you followed or heard about Robert Gordon’s diagnosis of what’s wrong with the economy?

I read Gordon’s book, “The Rise and Fall of American Growth” months ago when it came out. And, for the life of me, I can’t get his argument out of my head.

Partly, the stickiness of his book’s ideas stems from their richness. His book is really good and very interesting. And then also, if you’re thinking about what’s wrong with our economy, Gordon does have a common sensed explanation. (Gordon says the rate of improvements delivered by recent innovations aren’t as good as those in the past.)

But I think Gordon is wrong… or at least can be wrong for your specific situation if you’re a small business owner or manager. Let me therefore go over Gordon’s chilling argument, explain why I am certain he’s wrong at least as the argument pertains to small business, and then toss out a couple of takeaways and a final comment.

Gordon, an economics professor at Northwestern University, argues that our economy has slowed down because all the big radical innovation is over.

At first blush, this sounds crazy… But he points to the radical improvements in things like medicine, infrastructure, transportation and a bunch of other fields as well between 1870 and 1940 and says we’re just not getting the same rate of improvement anymore.

Those rates of improvement were ten- or hundredfold. Massive, right?

Planes? They’re probably safer too… but they aren’t zooming along at five or ten thousand miles per hour, which again is the sort of speed improvement we’d need to match the rates of improvement of the past.

You see the thing he’s getting at. Stuff is getting better. But not as fast. And that slowing explains why the economy’s growth has slowed.

One other part of Gordon’s hypothesis gets really relevant, I think, if you’re an entrepreneur or small business owner. Gordon argues that information and communication technology (maybe particularly  the Internet) delivered what it had to give by 2004.  And he backs up this assertion by looking at macroeconomic data that shows no big productivity gains over last ten or so years…

My Bonehead Rebuttal of a MIT-trained Economist

One starts thinking about this stuff and you conclude, gosh, maybe the good times really are over. Maybe we’re going to have to resign ourselves to fighting over a very slowly growing pie. Maybe we’re entering some new age of, well, not scarcity, but diminishing abundance.

But you know what?  I don’t think so. In fact, in my own small business, I think recent technology does indeed create shockingly fast rates of improvement.

Therefore,  I want to share three examples. And then I want to try reconciling Gordon’s data and his ideas with the anecdotal observations I’m trying to use to rebut the professor.

As a reminder, though,  let me say again that what Gordon wants to see are radically big rates of innovation like those that occur when at first you’re traveling along by foot and then next thing you know you’re zooming along in an automobile. Or one year you’re bouncing along in a railroad car powered by a steam locomotive and then the next thing you know, you’re flying above the clouds in a jet airplane.

Example #1: Moving Products and Services at the Speed of Light

And that nicely transitions me to the parts of our business that used to move at the speed of a truck or airplane but now move at nearly the speed of light.  More specifically, only a few years ago, we delivered most tax returns prepared by our CPA firm via the U.S. Mail. As a result, sending out a client’s tax return took maybe 2-3 days. Not a bad technology. But slow.

Today (and this has really only occurred in the last few years and after Professor Gordon’s 2004 cutoff date) we electronically deliver tax returns using the Internet via a highly secure portal. Note that this means we’re moving tax returns at roughly seventy percent of the speed of light down fiber optic cables for the longest distances in the trip.

That’s a giant bump in the rate of improvement right? Massively exponential…

Note: The speed of transmitting data, which is often what can distill our service down to, appears at several steps  in our workflow. And in all cases, we basically get a, say, ten-thousand-fold improvement in speed for that step.

Example #2: Miniaturization of  Some Parts of System

Let me share another example. We used to use about a quarter of our office space to store paper copies of tax returns and client documents we needed to archive. But no longer.

We now store all of our clients’ information on an encrypted hard disk that’s, well, about the size of my smart phone… This means we’ve moved from having about 500 sq. ft. of document storage room for a small professional services office to a few square inches of document storage space…

We used to use a pretty standard approach to recruiting and hiring employees. We’d write a job advertisement. Then submit it to the local newspaper. For a few hundred dollars, a few days later they’d run the advertisement for a week or so. For a modest fee, they’d collect responses and then periodically batch them up and route them over to our offices.

From soup to nuts, start to finish, the process easily took a couple of weeks and if you placed a couple of ads, you were looking at maybe $1,000.

Now? Well, now we write up a little ad for craigslist.org, pay $50 or so to post it, and then wait a few hours for the three or four dozen responses we need to have a list of half a dozen well-qualified candidates to talk to.

I could go on, I think, and provide maybe a dozen other examples of bits of the business where recently we’ve used technology to get radical improvements for some important step in the process. But they’ll all sort of look like the examples I’ve already shared. So let me move onto my next subject… what all this maybe means. I have two ideas for you to gnaw on.

Here’s my first point: All of the examples I mention above, as well as those I’m thinking about but which for space reasons I haven’t mentioned, have only slowly became truly practical at least for our firm in the last few years. Yes, yes, the enabling technology was invented years ago. But for various reasons, we couldn’t get them to work well immediately–at least in a small business setting.

I think this practical lag in application is part of the reason that the data Professor Gordon uses to do his analysis doesn’t show the benefits of these technological improvements. Yes, the basic enabling technology existed in, say, 2004… but people needed time to figure out how to really apply the technology… and then even after that, people needed to get an opportunity and have the time to implement the application.

Another take-away: The technology-based innovations mentioned above and the others I’m thinking about all require businesses to tweak and fine-tune and sometimes do major re-engineering of  their business models. And that fiddle-faddling takes more time.

To use the example of electronic delivery of products, the small business owner or entrepreneur needs to reconfigure the operation with tools that work not just in theory but work in practice and then train people and then scale up in order to get the whole thing working and working efficiently.

Gordon and others call the rosy sentiments of the preceding paragraphs “techno-optimism.” And that’s probably a pretty fair label at a macroeconomic level given the big picture data he and his peers look at. But can I leave you with a final thought? Maybe we small business people need to work a little harder to get the productivity improvements that are now available to us.

Absolutely, you and I have dozens of really powerful ways to profitably reconfigure our small businesses so they generate more revenue, produce higher quality products and services for customers, consume fewer resources, and drop more profit to the bottom-line.

Setting a Strategy for Your Small Business

How Not to Become a Billionaire 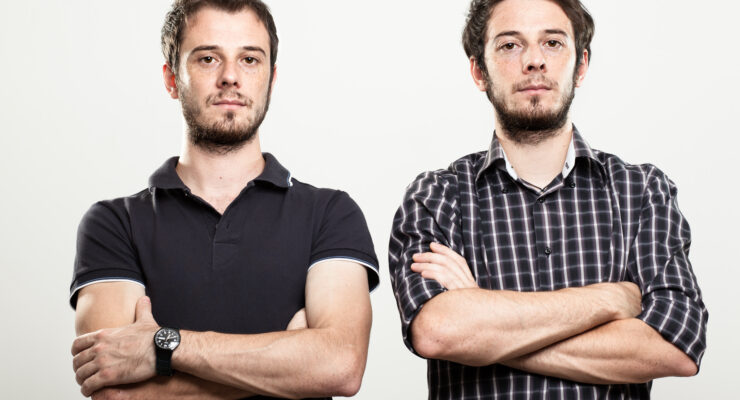 I’ve been coaching some new CPA firm owners about how to build a profitable professional services firm. And to jump to the punchline? The twin tricks … END_OF_DOCUMENT_TOKEN_TO_BE_REPLACED

I wrote a post a few weeks ago about all of the great benefits of Section 1202 Qualified Small Business Stock (QSBS).   But frankly? It would be … END_OF_DOCUMENT_TOKEN_TO_BE_REPLACED

You probably need to prepare for the holidays you and your family celebrate. Or maybe start work on some year-end accounting. Accordingly, I want … END_OF_DOCUMENT_TOKEN_TO_BE_REPLACED