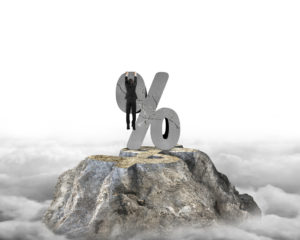 IRS wealth statistics paint a fascinating picture of the wealthiest Americans—but oddly a picture that diverges from what the mainstream media depicts.

In this blog post, therefore, I’m going to describe the most recent IRS wealth statistics on the top one percent—the data comes from 2013—and point out some of most interesting features that pop out.

Note: At the end of this blog post, I provide a link you can use to grab the IRS Excel spreadsheet that holds the data.

Sources like the most recent Survey of Consumer Finances suggest that to join the top one percent, a family needs roughly $6 million in net worth.

But take a look at the table below. The table breaks roughly the top half percent of individual Americans (so individuals, not families) into five wealth brackets and then gives each bracket’s mean net worth. Note that the IRS statistics say that the mean net worth of the first wealth bracket equals roughly $3 million. Way below the Federal Reserve’s value.

This seems interesting to me. And I wonder if the IRS’s statistics, which are based on nearly 18,000 estate tax returns filed by the wealthiest Americans, give rawer but more realistic numbers than the Federal Reserve’s survey.

The IRS wealth statistics suggest the top half a percent make modest use of debt relative to their net worth.

As shown below, except for the first wealth bracket (where personal borrowing equals roughly 45% of net worth), personal debts run 10% or less of net worth. That’s interesting.

Low leverage obviously dials down the financial risk someone bears…

An interesting observation, at least to anyone who spends time watching the HGTV network…

The wealthy—especially the super-wealthy—make relatively modest investments in their principal residence, as shown in the table below:

But the homes represent relatively modest percentages of their net worth.

Further, the richer someone becomes, the less (proportionally) he or she spends on a house.

According to IRS wealth statistics, the wealthiest Americans hold large cash balances, as shown in the table below.

The amount shown, for many of the wealth brackets, approaches 10% of net worth.

I found the high cash balances curious at first. But the more I think about them, the more they make sense.

Big cash balances allow someone to take advantage of unusual opportunities and to more comfortably deal with rough financial patches.

Note: I’m not going to provide a table—this blog post is going to end up way too long—but the wealthy also tend to hold large amounts of bonds: municipal bonds, Treasuries, corporation bonds and bond funds, and so forth. That’s maybe another way they dial down financial risk… and dial up liquidity.

In fact, most of the wealthy hold no more in their retirement accounts than many middle class and upper-middle class folks hope to accumulate.

And then, equally curious, a significant percentage of the wealthy completely skip the retirement account option. The table below provides the details.

Can I just say here what everybody should be thinking? Skipping the retirement accounts isn’t smart. These accounts are an even better deal for the wealthy.

You may remember, perhaps even have read, Thomas Stanley’s popular book, The Millionaire Next Door. Stanley become famous for pointing out the rich typically live in middle class neighborhoods and drive American-made cars.

The table below reports on the dollar values of the other personal assets held by each wealth bracket. (Note that other real estate like a second home and art aren’t included.)

For the first wealth bracket, once you allocate a chunk of the funds to furniture and a couple of nice cars, you use up most of the money.

As you look at the higher brackets, yes, you see bigger amounts spent on these other assets.

But even in that top wealth bracket where these other assets total nearly $2.7 million, the IRS wealth statistics suggest the wealthy don’t spend the way television and films depict. The mean value simply isn’t big enough to include items like yachts or private jets or an eight stall garage full of super cars.

Note: I don’t have room for it here, but the wealthy do seem to splurge on one thing: art. In fact, the wealthy can spend as much on art as they do on other “stuff.” Download the IRS spreadsheet via the link below for details.

Something that probably doesn’t really make financial sense for the wealthy?…

The typical mutual fund holdings appear in the table below:

Weird, right? Only a minority of wealthy investors use stock mutual funds. And when they do use them, they don’t use them very much.

Okay, the IRS wealth statistics provide a bunch more details on the financial profiles of the wealthy.

You won’t be surprised to hear they own a little real estate in general. Or that they tend to invest in more exotic investments like limited partnerships, hedge funds, venture capital funds and municipal bonds.

But the other thing—maybe the really unique thing—they invest in appears to be private businesses.

And then here’s where this gets really interesting, I think. The same sort of active private business investment shows up a couple of other places in the data too.

Each of the wealth brackets, for example, also shows a big chunk of individuals with on average a big investment in un-incorporated businesses like a professional service firm partnership.

And each of the wealth brackets shows a chunk of individuals with on average a big investment in a farm, which is another type of small business obviously.

The details appear a little fuzzy. Only someone very foolish draws hard conclusions—and then shares them in a blog post. Or a comment to a blog post.

But it appears that a majority of these wealthy individuals have a chunk—on average a big chunk—of their wealth in a closely held corporation, a business partnership, or a farm.

Furthermore, the wealthier an individual is, the more likely he or she owns an interest in a private company.

You can’t say that everyone who owns their own business joins the top one percent. (Roughly 28 million small businesses exist in the U.S.) But the IRS data makes one wonder if most of the people who join the ranks of the truly wealthy own an interest in a successful small business.

Note: Another big chunk of each wealth bracket’s money resides in publicly traded stock. This chunk may report on investors who’ve successfully managed active investment portfolios. But this chunk may also report on top managers and technology company employees who’ve built wealth through their employer’s stock.

Looking at the finances of people who have more money that you or I do can be a little unsettling. If we’re not careful, the financial voyeurism can also foster a sense of ingratitude. That’s not good…

But can I suggest a little bit of looking is okay? I see three helpful insights we glean from looking at how others run their finances.

First, I am pretty sure many in both the news and entertainment media exaggerate the affluence, consumption and the financial sophistication of the top one percent or top half percent.

Second, the robust personal balance sheets and (relatively speaking) modest consumption of the rich provide a blueprint that everybody can use to improve their finances.

Third, and finally, you ought to know that it seems very possible the way most people end up in the top half a percent (and maybe the top one percent too?) is through ownership of a small business. Maybe you or a child or grandchild will want to do that…

Downloadable IRS Wealth Statistics (Note: For this blog post, I calculated the mean values shown above by dividing the dollar values shown for each asset or net worth amount provided by the number of individuals within a category.)

Financial Planning for the Top One Percent (and everybody else)

The Rich Get Poorer: Myth of Dynastic Wealth

IRS whitepaper on why IRS and Federal Reserve Numbers differ

And then these blog posts about the last IRS wealth statistics study might be interesting, too…

Caricaturing the Top One Percent

Joining the Top Five or Top One Percent

Smart Wealth Strategies of the Top One Percent

Money Mistakes of the Top One Percent 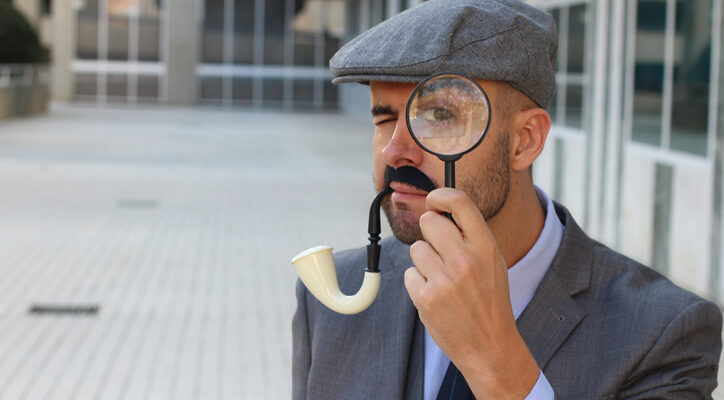 Audit anxiety is something nearly every taxpayer has in common.  But, have you ever considered how IRS audits actually work? The IRS processes … END_OF_DOCUMENT_TOKEN_TO_BE_REPLACED 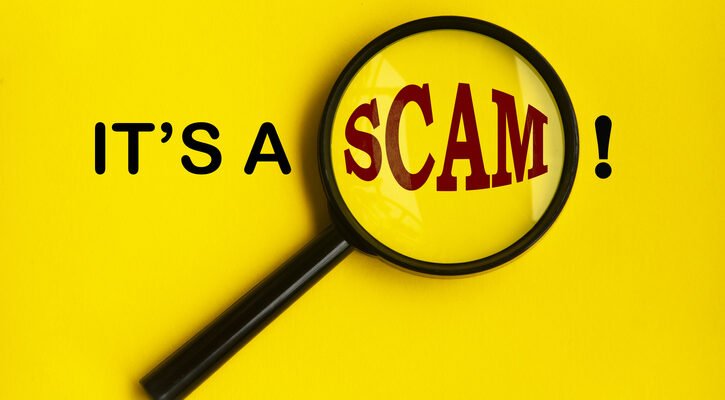 You wondered at the time whether it was a scam, right? And now you regularly see news reports about ERC scams. Employee retention credit scams, that … END_OF_DOCUMENT_TOKEN_TO_BE_REPLACED 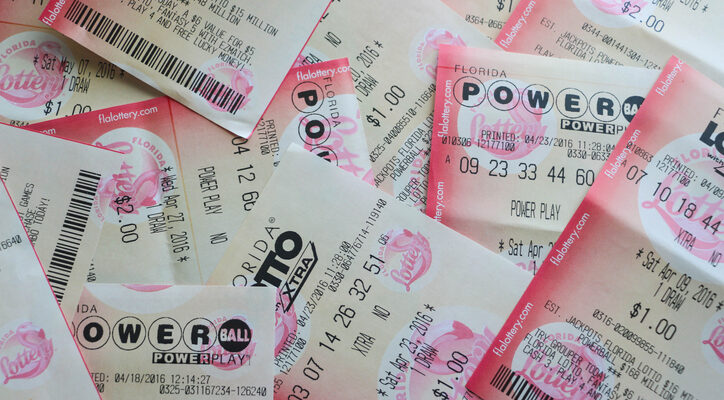 Okay. This is silly. You’re probably not going to win. But just for fun, let’s talk about lottery tax planning for one of those giant Power Ball or … END_OF_DOCUMENT_TOKEN_TO_BE_REPLACED